A Thread With Threads 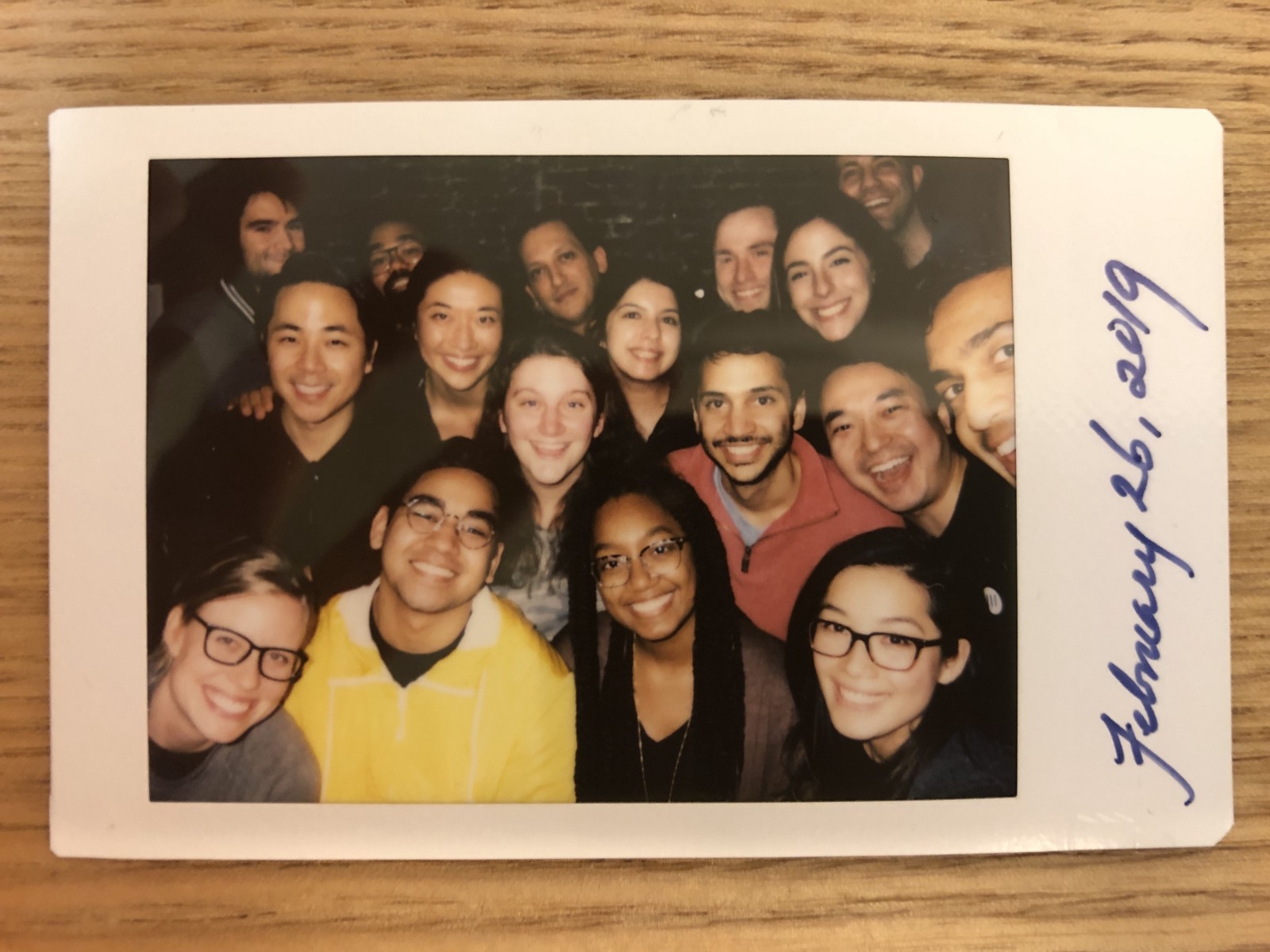 *Group communication in the workplace is broken. People have nightmares about accidentally hitting “Reply All.” Email may work fine for broad status updates, but conventional wisdom is to call a meeting whenever you want to have a real discussion or debate.

Yet meetings have their issues, too. As groups get bigger, conversations generally get worse. “Listening” becomes “waiting to talk.” Many people just give up and let the conversation be dominated by the loudest, most extroverted voices in the room.

One obvious solution is to shrink the meeting to a smaller group. This might save time and make the meeting more efficient, but at the cost of excluding important voices and perspectives from the conversation.

At Sequoia, we believed there had to be a better way. When Rousseau Kazi and team came in to share their early idea for Threads, we loved it — a platform designed to make work more inclusive by empowering teams to discuss and make decisions at scale

After a year of development, Threads is launching publicly today. To commemorate the launch, we sat down with Rousseau to talk about the past, present and future.*

ROUSSEAU: My parents immigrated here from Bangladesh. I grew up in southern California. My dad’s a math professor. I was named after the French philosopher Jean Jacques-Rousseau because my mom was a philosophy major and thought it’d be funny.

Have you ever met another Rousseau?

I have not. I do know one person named Locke, but that’s about it.

I went to UC Berkeley and studied computer science. After my second year, I interned at Facebook and loved it. I ended up getting a full-time offer and decided to graduate early and join as a product manager. I was 19 and it was terrifying. I was really insecure at first. I didn’t really know what a product manager did. I was blessed to have good managers and leaders that constantly invested in me.

One of things that stood out to me when you were at Facebook was your energy and the sheer number of extracurriculars you undertook. Of all the side projects you did at Facebook, which are you most proud of?

Oh, Hyperlapse for sure. I originally got involved in that project because I’d been helping manage our Hackathons. A group of engineers showed us these wobbly videos of people using their cameras while on a boat or riding a bike. Then they showed an algorithm that “automagically” stabilized the video even as you sped it up, so you could create these gorgeous time lapses. It was really cool, and the crowd was like, “How did you guys build this?”

We took it to Zuck, and everyone thought it was special. But there was a lot we had to get done at Facebook, so it wasn’t anyone’s top priority. The team was still passionate about the project, though. I decided to work with them and we got it to the point where it was focused enough to launch. On the first day, an intern used it to make a 15-second White House tour that was shared from Obama’s Facebook page. Then Jimmy Fallon started using it. Someone made a music video. It was just one of those things that was simple to use but also powerful, magical technology. It’s great to go on Instagram and see all the #hyperlapse videos getting created every day.

Why leave Facebook and set out on your own?

I have always had an itch to start my own thing. I remember for career day when I was in third grade, I dressed up as Thomas Edison because I wanted to be an inventor. I brought a briefcase full of Legos and my sister powdered my hair. I’ve always loved the idea of innovating and making people’s lives easier.

I met all three of my co-founders while working on side projects. Suman Venkataswamy and I were in a math class at Berkeley, and we’ve been roommates ever since. He’s my best friend. Jon McCord is the first engineer I ever worked with. We did our first hackathon together at Facebook. And Mark Rich was an incredible analyst I worked with at Facebook. I had this short list of people I wanted to found a company with and all three of them were on it. They were always ahead of me on something, and they made me want to be better every time I was around them. So when I was deciding to leave and they were all willing and ready to try to solve a problem together, it felt like the right time.

How did you land on Threads?

We started out exploring the education space. We noticed that as we were trying out different ideas, things were getting lost. I’d write out something in a messaging client and it would disappear into the ether. We moved to email, but people wouldn’t read them or the discussion would get kind of crazy. So we ended up having many more in-person meetings, which felt like an unnecessary use of time. Nothing was being documented. Even with so many available tools, this problem still existed. Like so many people, we thought: “Our team is growing. We can’t have everyone in the same room because nothing ever gets done. But if we exclude people, we’ll have death by a thousand paper cuts with all these follow-ups.” Meetings are great for emotional discussions about things like growth — areas of improvement or things you’re doing well. But if someone’s just presenting a deck, I think there are better things you can do with that time.

Meetings also tend to optimize for certain types of people — extroverts and the most senior people in the room. But if you want to innovate to solve a problem, it’s a multiplayer sport. You want to be able to have an environment where everyone feels comfortable engaging. Some people might want more time to think about their ideas before they share them broadly, so they might not be chiming in on the conversation. With meetings, you’re not going to get everyone to speak up.

We started talking to a bunch of friends who worked at other companies, big and small, and they were experiencing the same thing. A lot of people weren’t being heard. We asked ourselves, “Is there a way we can solve this?” And that’s how we came across Threads.

The benefits of this platform are: one, there’s no scheduling required. Instead of spending a bunch of time at work finding time to do work, you can start a discussion on Threads and everyone can engage with it. Two, so much valuable information doesn’t get shared because people are afraid of over-notifying and annoying others. With Threads, you can opt in and out of the notifications you receive. And three, no one has to take meeting notes. The discussion becomes the document, and when you’re done, everyone has this awesome log of all the decisions the company has made. All of this opens up the ability for everyone to have a seat at the table, so you can make sure you’re getting the best ideas from your team. To me, that is the future of work.

How has the idea evolved since you started?

It actually hasn’t changed much since we started building it out, but I think we’ve gotten clearer about what parts we liked and didn’t like. We were inspired by looking at how the internet talks. Online communication is broken up into two categories — synchronous, real-time chat, which is really good for transactional, urgent communication; and asynchronous discussions, where people have more critical and long-lasting conversations. We asked ourselves, “Where are large groups of people having efficient discussions?” And we realized, “Oh, all over the internet.” It’s not atypical to see tens or hundreds of people on a product like Reddit having a focused discussion and moving a topic forward. We realized all of these different platforms effectively do the same thing, which is to scale elegantly as more people enter. So we took that, stripped it down, rebuilt it in a way that’s really focused and fine-tuned to solve this exact use case.

For example, you can mark one of the replies in a Threads discussion as the decision, so even people who weren’t initially involved can quickly and easily get on the same page. You can imagine what a difference that makes when you’re coming back from vacation — instead of going through hundreds of emails you can skip to the five decisions made in the past week.

We also realized there’s an asymmetry between how long it takes you to skim a discussion versus how long it might take you to engage with it. So we allow you to quickly skim threads and then mark them for follow-up. It creates a natural to-do list.

What’s exciting to me now is that we have very different industries and types of companies using our product — from a cricket farm in Ghana, to a company in Austin that sells ketogenic supplements, to a cryptocurrency index fund here in San Francisco. One company said they’ve been able to reduce meetings by 80 percent, and they’re sharing internal information in a way they didn’t think was possible.

I remember once at Facebook, I’d written out all these ideas I thought we should do. But I was afraid if I shared them with the larger team, they’d take it as prescriptive versus letting them be creative. I shared the doc with the VP I reported to at the time, and he typed out my concerns at the top, in red lettering: “Hey everyone, I took some time to write up all these thoughts. I’m a little concerned you might view this as being prescriptive. That’s not my intention. Just want to help. Hope this works.” And then he hit send. I was so worried! But I got so many positive responses. People were like, “Oh, thanks so much for putting this together. This is so helpful.” That taught me that over-communicating your fears is the best way to avoid misinterpretation.

Another lesson was during a one-on-one with a different manager. I remember I was upset because I felt like I wasn’t growing fast enough, and I asked how I could get better, faster. He said, “Look, if you want to grow really quickly, the best thing you can do is get really good at recruiting. Nothing has a higher ROI. Even if you spend hundreds of hours finding someone for a key position, they’ll pay that back in a few weeks.”

It’s good advice. We were just talking about this last week at Sequoia, and Omar Hamoui said that when he was at AdMob, he tried to spend 60 to 90 percent of his time every week recruiting.

Yeah. Recruiting has been the most leveraged thing I’ve done at Threads.

Threads is a company that thinks about how companies should work. How does that inform your hiring? What kind of company are you trying to build?

Our mission is to make work more inclusive. We say that our team needs to embody that mission as much as our product facilitates it. That means making sure we have a really inclusive culture where anyone we hire, agnostic of level or seniority or anything else, feels comfortable bringing their best self to work. Share ideas, critique ideas. Move the discussion forward. It also means we need to have both advisors and team members with different perspectives. And I’m proud to say 40 percent of our team is from an underrepresented background. I think bringing diverse viewpoints together is already paying off tremendously. When you’re all working toward a shared vision, giving everyone a voice has incredible impact.

Start your own thread at threads.com.

This article was originally published by Mike Vernal on Medium.