Alfred Lin on behalf of Sequoia 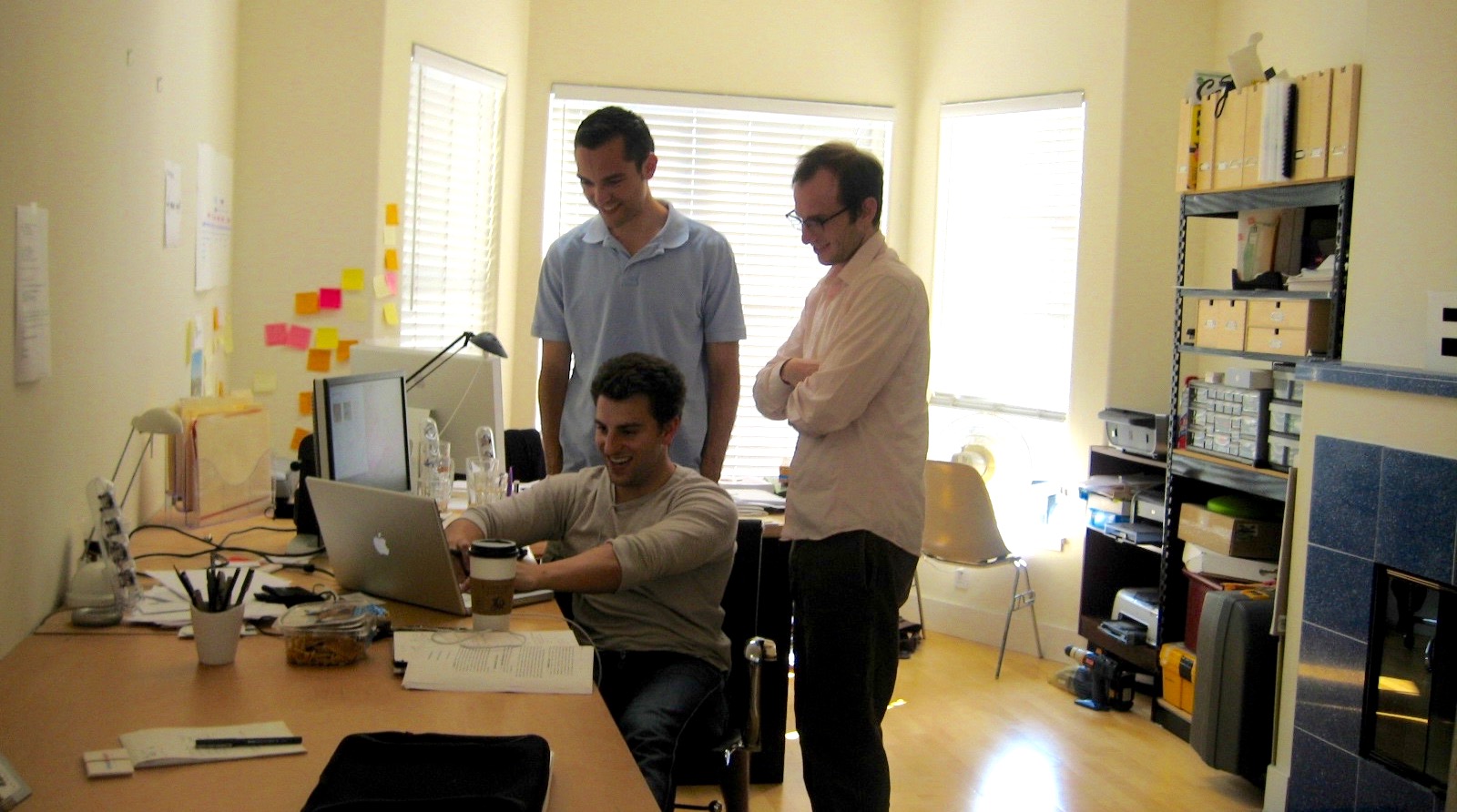 All legendary companies start from a raw and unformed state. In the case of Airbnb, two designers (Brian Chesky and Joe Gebbia) and an engineer (Nate Blecharczyk) came together on Rausch Street to start a rudimentary website listing “AirBeds and Breakfast.” While their product was novel, what really mattered at that time was their vision. They had the imagination to envision how hosts and guests who had never met could build trust, and how travelers could one day prefer the sense of belonging that accompanies staying in a “stranger’s” home.

In their humble beginning, Brian, Joe, and Nate had only vague ideas about many of the critical elements required for success: what made a great host, what made a great guest experience, how to scale their listings, how to build trust between guests and hosts, how to facilitate bookings, which payment providers to use around the world, how to scale locally—and then globally. You had to squint very hard to see the promised land. Nonetheless, they brought enthusiasm for their vision, told powerful stories and painted a clear picture of the future that they saw—the rest of the details would be sorted out along the way.

Thus began Sequoia’s partnership with Airbnb in April 2009, with an initial seed investment of $585,000, a barebones website with 2,500 listings and 10,000 registered users, and a roadmap for “creating a better way to travel.” A decade later, Airbnb operates a global platform for unique stays and experiences. In nearly every corner of the world, Airbnb hosts their unique homes, experiences and communities, empowering guests to travel the world while living like locals who can “belong anywhere.”

Along the way, Airbnb nurtured a spectacular culture built upon a commitment to transformative ideas, constant learning and balancing “fire and ice”— the creative fire, entropy and spirit of a design-led company with the strong operating discipline required in a hospitality business. It is that very culture that allowed Airbnb to consistently rise to the occasion in those critical, make-or-break moments—this is a team that takes to heart Winston Churchill’s words: “Never let a good crisis go to waste.”

At each crucible moment, the Airbnb team has united, focused and seized the opportunity ahead. When a host’s home was ransacked and Airbnb was slow to respond, Brian apologized publicly and announced a suite of new safety features, as well as a host guarantee. When we faced a choice between acquiring a European competitor or fighting a years-long ground war in hopes of winning internationally, we opted for the latter, because we believed—rightly, as it turned out—that Airbnb’s mission-driven, community-focused approach would prevail. These and many other incredibly tough circumstances were defining moments for Airbnb, but none compare to staring down the abyss of a once-in-a-century global health pandemic that shut down global international travel.

Airbnb entered this year as the darling IPO candidate of 2020—a reality that took a sudden turn when COVID-19 swept through China, Asia, Europe and eventually the U.S., causing Airbnb’s careful IPO preparations to give way to the harsh realities of a global pandemic. From March 5th, when Sequoia published the Black Swan Memo, to the first week of May, Airbnb held near-weekly board meetings to assess the quickly changing situation. With revenue down 80% as international travel and experience bookings evaporated, Brian set the tone early, opening one such meeting by declaring that our goal in the face of this once-in-a-generation crisis was to make sure that Airbnb would be around for future generations—and to emerge not as villains, but as role models who considered the needs of their communities. Over the course of a few months, the team pivoted to respond to their customers’ new needs: No longer a vacation to Paris or a home their team could share during a trip to a tradeshow, but an escape from the cabin fever of social distancing or a chance to safely explore a new city now that they can work or study anywhere.

By summer, Airbnb’s business had started to rebound—a welcome turnaround not just for the Airbnb team, but for the millions of hosts who depend on Airbnb for income, and for the local restaurants and businesses those hosts would recommend to their guests. To further support communities, the company expanded its Open Homes program, originally built to help refugees and victims of natural disasters, to include housing frontline workers responding to COVID-19. Just as they did when we first met, Brian, Joe, Nate, and the team have kept their core values at the heart of every decision they make—and that has allowed them to continue pushing the boundaries of what’s possible at Airbnb.

Today is a momentous day for Airbnb because it marks one of the most incredible turnaround stories in business history. Airbnb consistently reaches for higher heights from the trenches, and this global pandemic was no exception.

From all of us at Sequoia to Brian, Joe, Nate, and all those who had a hand in building Airbnb: Congratulations. We’re very fortunate to be part of your journey, and we can’t wait to see how you “embrace the adventure” ahead.