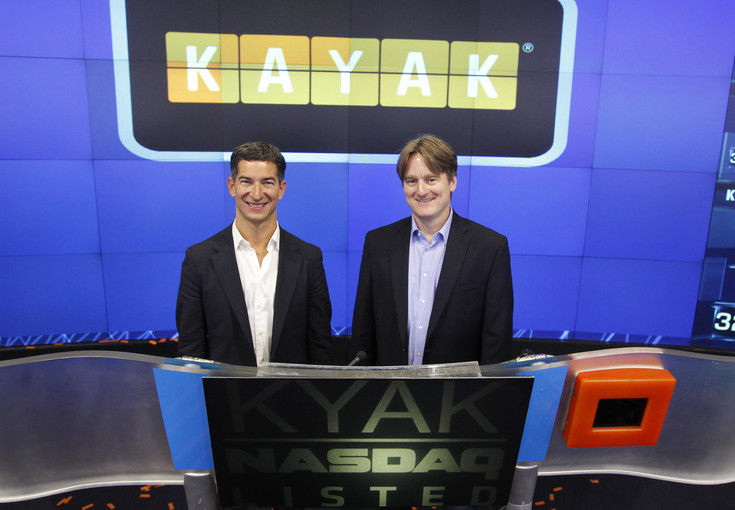 How to Attack Big Incumbents and Win

Some entrepreneurs want to invent a new market. I'd rather attack a huge, existing market, which is what we did at KAYAK.

Of course, huge markets usually have huge incumbents that have spent millions of dollars building their brands. You need two things to take them on: better product/market fit and a bold identity.

When we launched KAYAK in 2004, most people thought the winners in online travel were already decided. Expedia, Travelocity and Orbitz were big well-established players. But they had a soft underbelly: their products didn’t quite match the way people searched for and booked travel online.

Those big players were set up like online travel agencies, taking a commission on tickets sold through their sites. That meant they missed out on revenue every time someone used them as a search engine for travel.

My co-founder, Steve Hafner, was one of the founders of Orbitz. He knew how many sales it was losing this way—people found their tickets on Orbitz, and then opened a window and clicked away to buy them directly from the airlines. Also, sites like Expedia struck me as bloatware. We were convinced we could create a travel site that was better for the buyers and for travelers.

We built KAYAK to be a lead-generation system for airlines, hotels and car-rental agencies. It’s aligned with the way people use travel websites. It’s a better customer experience because our goal is to help you find the flight or hotel that’s most attractive to you, not sell you something. Because we know what you’ve been looking for, when we present offers to you, they're very specific to your intent, so we can deliver leads to travel suppliers that convert at much higher rates, and for less money.

When you can deliver more value for less money—and do it in a scalable way—you know you have a better product/market fit than companies that have come before you.

One thing that helped us build a better product was not hiring customer service people in the beginning. Instead, we had engineers take customers' phone calls. If there was something slightly confusing about the software, they heard about it. That allowed us to innovate faster than our competitors.

Another thing that helped was our approach to team building, which is to do whatever it takes to hire ridiculously talented people with a track record of success—and if they don’t work out and they can’t be coached, fire them. A lot of people aren’t fast enough to fire, instead bringing on more people to pick up the slack, eventually isolating the person who isn't doing well. We were straightforward and gave struggling employees a generous severance package, which I think better protects the team and the company culture.

Once we had a better product with a better fit, we needed to get the word out. The only way to do this when you are a startup in an industry full of established brands is to be bold.

At KAYAK, we came out with a strong, edgy voice. There's an example of a commercial we did, in which a doctor is performing brain surgery on a patient who is searching on KAYAK. A nurse says, "This is completely unethical" and the doctor replies, "My hours are unethical. I don't have time to search hundreds of travel sites."

We got emails from people, saying things like, "I lost a family member to a brain tumor."

We didn't set out to be insensitive. But when you try to be bold—which you need to do to stand out—you have to be willing to offend some people. We pushed the envelope. Expedia or one of the other big brands couldn't have done that.

We spend between 50% and 60% of our operating budget on marketing now, including offline and online. But in the beginning it was small, maybe 10%.

At the incubator I'm starting in Boston, Blade, we want companies in big markets, like the one we tackled with KAYAK. We're looking at consumer brands broadly: shopping, e-commerce and payments. We're looking at something in fashion and consumer electronics. In each case we think there’s a way to come up with a better model.

We want to help about three companies a year by providing initial funding, helping them hire their first team, and then finding their next round of funding. Our success depends on finding the best two or three entrepreneurs in the city.

I learned something about the travel market in the last 10 years, but what I really learned about was how to build a brand for 10 million or more customers. I want to share that with other entrepreneurs.

Related Article Preparing a Board Deck