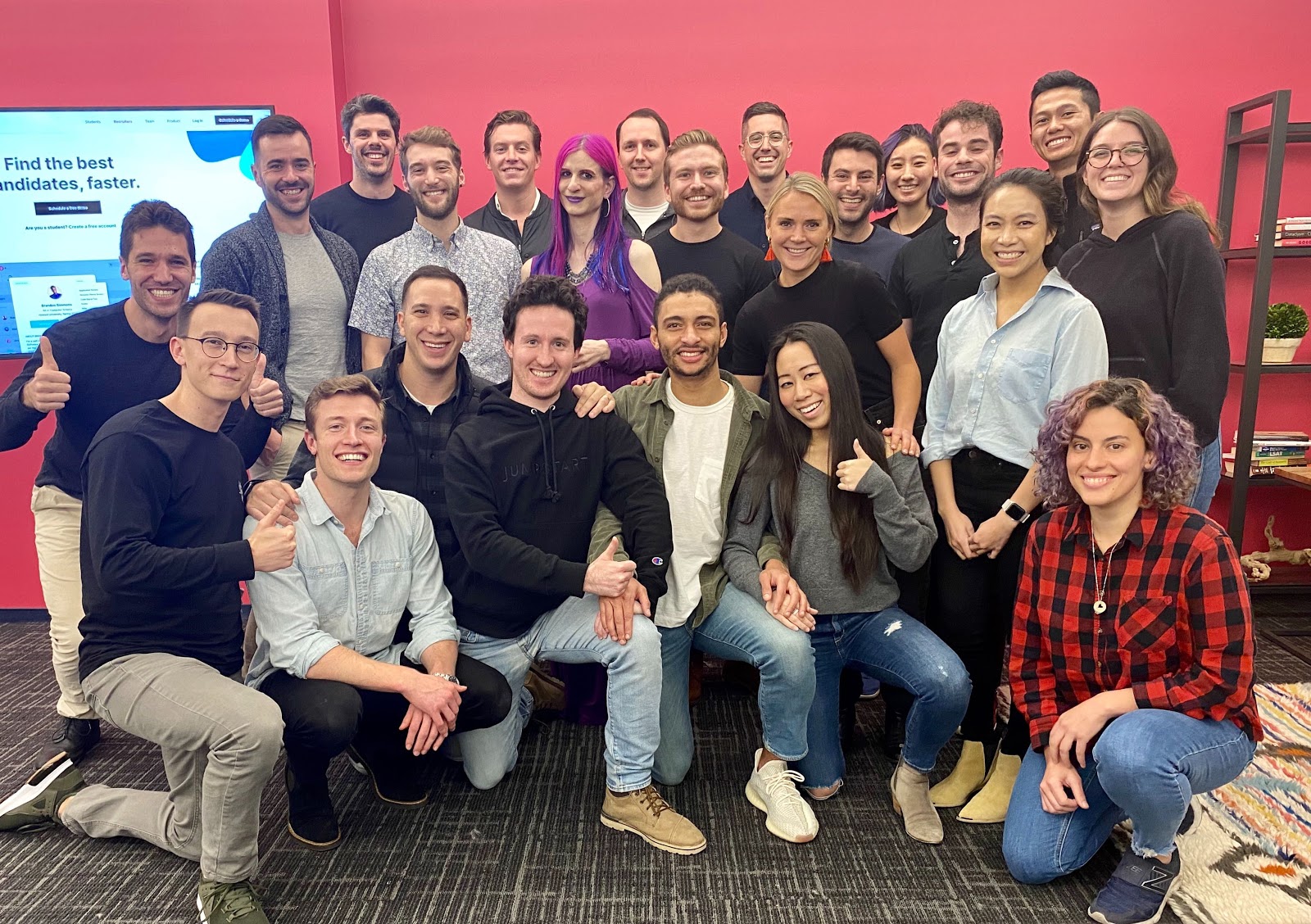 In 2002, I graduated from Harvard and landed a job at Microsoft as a PM. I ended up at Microsoft largely through the hard work and persuasion of my college recruiter (Colleen McCreary, who is wonderful and is now the Chief People Officer at Credit Karma).

While I'm incredibly grateful for this experience, the story reflects a structural weakness in how college recruiting happens today. I was fortunate enough to attend a top university. Microsoft was large enough to be able to invest in dedicated college recruiters for the top engineering schools.

But most college graduates and companies aren't so fortunate. Most companies can't afford to recruit on-campus. If they do, they tend to focus their efforts on a few schools. If you're not at one of these schools, you have to work that much harder to get access to the same opportunities.

When we first met Ben, we realized we had found someone with authentic empathy for this problem. Ben grew up in London, dropped out of high school, started in an entry-level role in his teens and then founded and led his own high-end search firm by the time he was in his mid-20s. Ben specialized in finding great people in non-traditional places. But while he might be able to help dozens of people a year find great opportunities as a recruiting firm, to solve this problem at a much broader scale, Ben would need a different approach, so he founded Jumpstart. Jumpstart's mission is to make recruiting fair for all. It enables companies to engage with students across a wide-range of schools via both in-person and virtual events. For students, it provides a community to learn about and engage with a much broader range of companies. At the core of Jumpstart is an in-depth sign-up experience that lets candidates share much more detail about their background and interests than they would be able to on a traditional resume - what classes they took, what programming languages they know, and what kind of job environment they're seeking.

When I did on-campus recruiting for Facebook, I was amazed at how primitive the system was - I was emailed a 400-page PDF of every CS student's resume and left to make sense of it. Jumpstart uses candidate's deep profiles to build a personalized list of the best matches for your role. It searches over the entire system - not just a single school - and gives you one prioritized list of candidates.

Early results have been incredibly promising. Lyft is an early adopter of the platform. Over a third of their 2020 intern class was hired using Jumpstart - and over 80% of those interns come from underrepresented backgrounds.

Ultimately, Jumpstart's goal is to make the entire recruiting world more fair and more efficient. Ben and the team imagine a world where anyone can find their dream job regardless of brand or pedigree and companies can find their ideal teammates regardless of geography or background. In a little over a year, there are already over 100 companies using Jumpstart to connect with early-career talent, including Airbnb, Doordash, MongoDB and JP Morgan. Today we're thrilled to announce our partnership with Jumpstart and look forward to working together to make recruiting fairer for all. If you're a recruiter, a student, or someone who'd like to join us on this mission, please reach out at http://jumpstart.me/.