Doug Leone on behalf of Sequoia

When Borge Hald and Amy Pressman founded Medallia in 2001, they were doing something that we at Sequoia like to see: tackling a problem they’d experienced themselves. As consultants and frequent travelers, they had been frustrated with their experience at a hotel where they often struggled to get a smoke-free room. They were dissatisfied customers and had even encouraged people they knew to stay elsewhere—but because they were regular guests, the management had no idea they were unhappy.

Medallia was created to close the gap between what customers expect and what’s actually being delivered. The platform captures and analyzes customer and employee experience data and makes insights immediately available to employees, from the front line to the c-suite, so they can take action in real time, during the moments that matter most.

Back then, the idea was nothing short of visionary. Today, when drawing public attention to a bad experience is as simple as sending a tweet, most successful businesses understand the value of live, real-time customer insights. But eighteen years ago, Borge and Amy had a unique insight and were prescient about this future trend of the century.

When Medallia first crossed Sequoia’s radar years later, we could hardly believe we hadn’t heard of them. A market-creation company is a rare find in any case, and here was one rapidly growing revenue despite having no institutional investors. And with the rise of social media, customer feedback was quickly becoming more important than ever: Businesses were realizing that an unsatisfied customer online can really hurt you—and a happy one can really help.

Borge and Amy were not only dedicated to their company mission, they were dedicated to finding the right business partner. Sequoia typically asks most of the questions when we meet with a company, but in the case of Medallia, they grilled us first. Amy called more of Sequoia’s references than anyone else we’ve worked with before deciding to take the leap into what would become long-term partnership.

In the eight years since, Medallia has not only further expanded beyond the hospitality space in multiple verticals, from travel and retail to banking and insurance, but continued to strengthen its team. Last year, Borge and Amy made the courageous decision to bring on a new CEO to help take the company to the next level and allow them to focus on what they love most about the business they’d built—the customer experience. After a careful search, Leslie Stretch joined, and under his direction Medallia continues to grow strongly. He's recruited a number of terrific executives, and his leadership has proven to be the exact ingredient the company needed.

As we celebrate today’s IPO, we know that this is only one step on their journey. On behalf of Sequoia, to Amy, Borge, Leslie, and the entire Medallia team: Thank you for trusting us to be your partners, for believing so strongly in this business, and for creating and continuing to build an incredibly important product dedicated to delivering extraordinary customer experiences around the world. 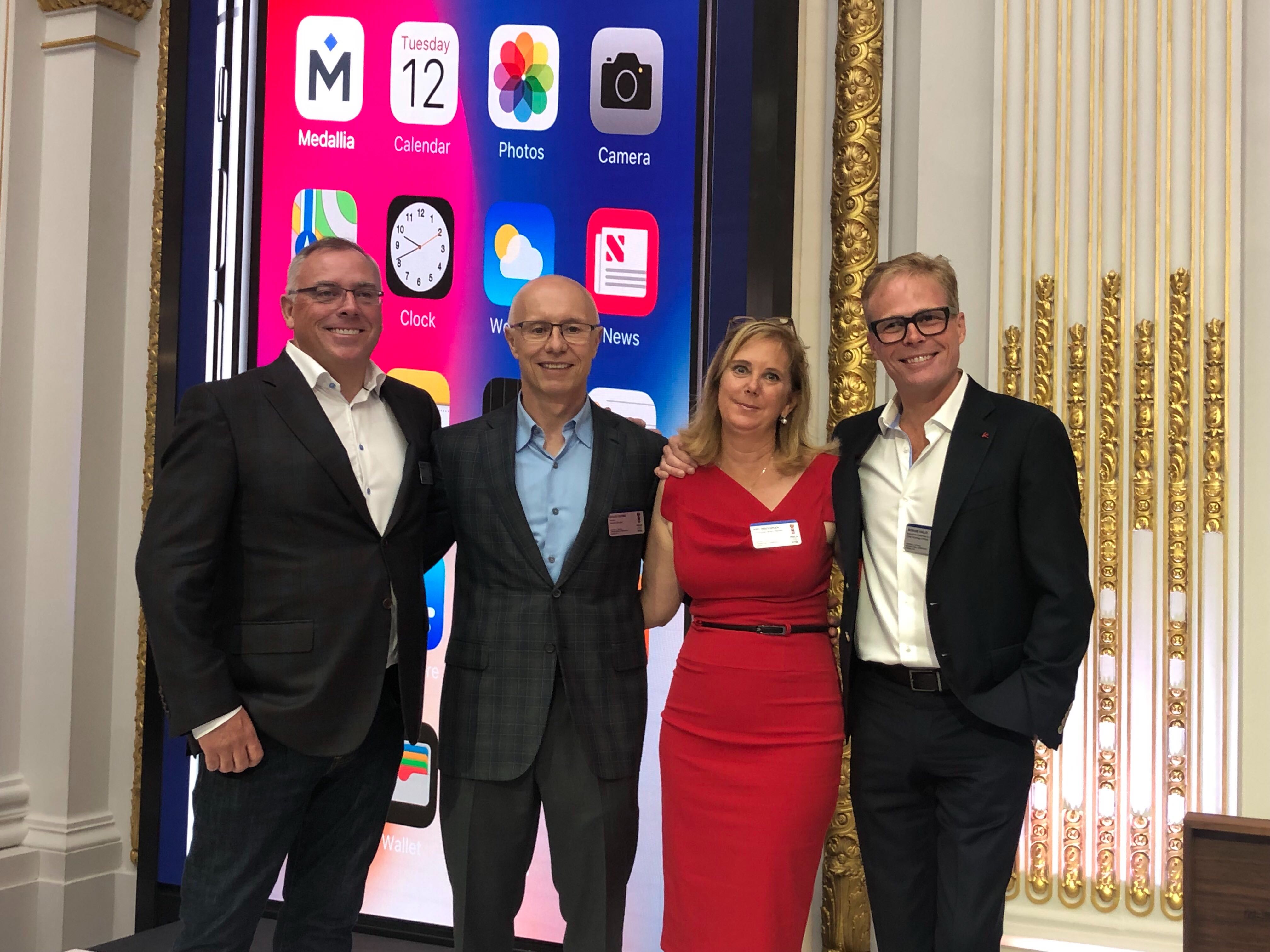