Sequoia got introduced to the Citrus founders in August 2011, thanks to our friends at Prizm Payments. The Citrus team were first time entrepreneurs who were kicking up their safe corporate jobs and jumping into the dark murky waters of a scrappy start up.

We were actively looking for an online payments company to disrupt the market. Sequoia loves all things payments and hence the decision making was swift. (it helped that in those days Series A deals still happened at $4-5M…sigh!)

Thus started our journey with three guys and a business plan and no garage to house them. The first Citrus office was in an industrial ‘gala’ in Vile Parle… a hole in the wall. Our neighbor was an aluminum bottle cap manufacturer with noisy lathes and furnaces. Our luxurious office sort of ended before it started, but atleast we had a place to call home. (Frugal small office layouts continue to be the philosophy of the founders). On Diwali day in 2011, the payment system was live in production. We had only one merchant (Skoolshop) live and we waited for almost 3 hours before we saw the first attempt on our payment gateway. Then, another transaction took place after 5 minutes and the status showed approved. We were in business! Deepak Dhar (now founder of Nestaway), was our #3 employee, who wrote code, took customer service calls and promptly settled with merchants before 10am every day. 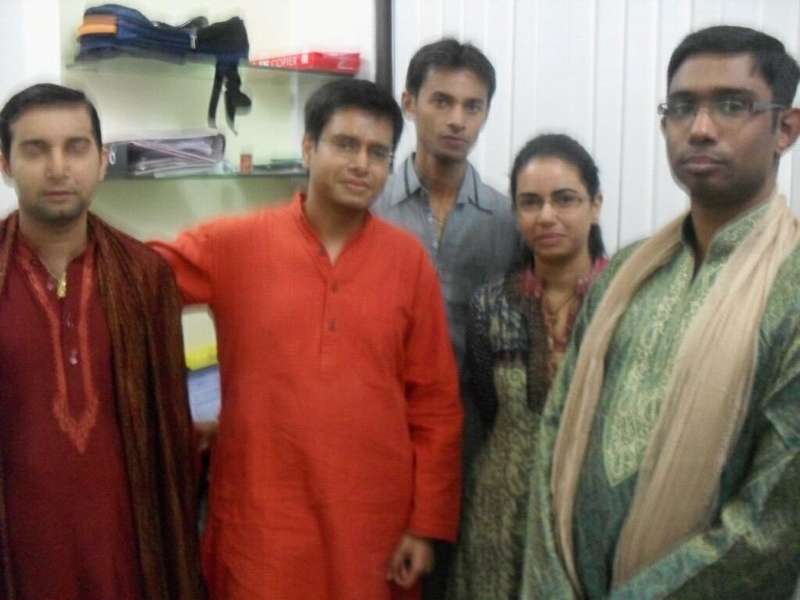 Thereafter, things moved quickly and soon we were outgrowing our humble abode and winning merchants thanks to our fearless leader Jiten laying the foundation with numerous Bank sign ups and the mandatory regulatory clearances.

Yinglan Tan, our in house Sequoia Capital networking machine, got Citrus connected to Teru San and before long Jiten & Satyen had convinced the team at Digital Garage in Tokyo that the Indian and Japanese payment markets were strikingly similar! With broken English and even more broken Japanese we somehow got through the negotiations. Now we had a new set of friends and supporters (blood brothers now) … we were off to the races.

We began to build our team and I fondly remember the hard sell sessions by the founders to bring on board key Sales guys like Tyagi who gave us the guts to hunt down the large merchants and carve a space in the market for Citrus.

The customer pitches got more frequent and better. Merchants wanted to know how we were different. Satyen took on the product roadmap role and built innovations like ‘One click checkouts’ and intelligent routing algorithms to ensure transaction success. Slowly large merchants started dipping their toes in the water and before long we had the logos that we had always wanted. 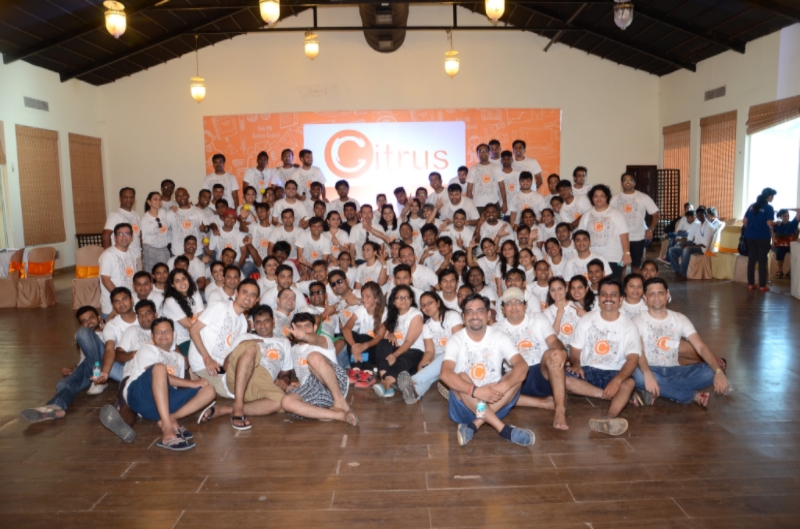 As we grew so did the complexities in the business. Now we had large Technology & Operations teams that were needed to keep the trains running on time. Scale is a funny thing.. you crave for it and when it happens you are unprepared for the rate of change .. that’s when Amrish stepped into the business to help us deal with increasing scale and complexity. He had always been the glue between the founding team and now we needed him to lead from the front. We built out strong Technology teams with Naveen in Pune who could get the product out on time and keep scaling the systems to keep up with $2-3Bn of payments processed. We invested in people and processes .. the stuff that sounds simple and clichéd but without which the edges begin to fray.

Somewhat suddenly the world around us began to change. India became white hot and money began to pour into e-commerce. Online payment companies began to raise tons of $ to establish their brand with consumers. The word on the street became - if you did not burn capital, you did not grow and if you did not grow then you did not raise capital. It was the wild west. It was tempting to try our hand at the consumer game because the prize was so large.

The decision to move into the consumer payments business wasn’t easy and the long debates tore at the very fabric of the company. We were frugal, we were growing but we were not perceived to be as sexy as some others… would jumping into Consumer payments be good for the company? There was tremendous debate and conflict within the team.

Eventually we flirted with the Consumer payments business briefly but soon realized our DNA and profit orientation was better served by having a Merchant first approach where we were the ‘powered by Citrus’ brand. Right or wrong … we were who we were and could not pretend to be someone else. We spun off the consumer business. Luckily our new investors Ascent Capital were mature enough to roll with what was right for the company. 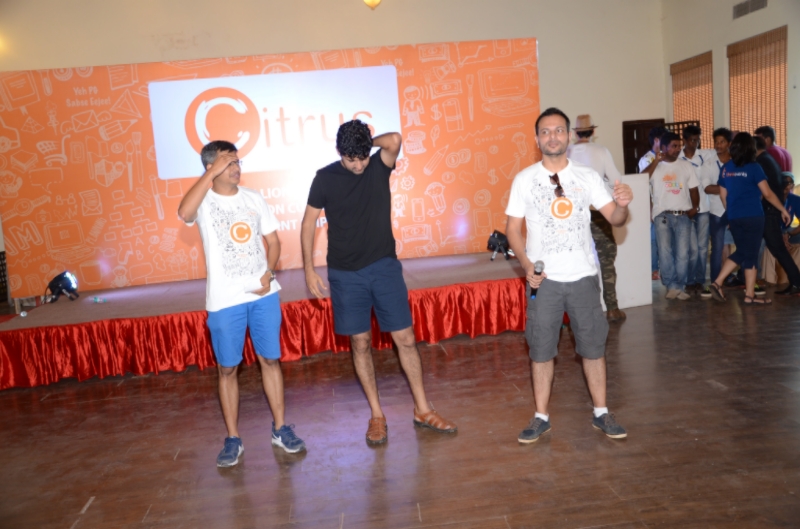 What had started off as a simple fund raise process suddenly resulted in an offer to buy the company by Naspers. We weren’t mentally prepared for this. It came out of the blue. We had so much more to do. We were super psyched about our new businesses of LazyPay (buyer credit based on analytics) and Sellfie (collecting payments on social networks). It was a gut wrenching time to make sure we made the right decision whether to sell or soldier on … Two questions helped us get to the answer - Was time a friend or foe to our independent business - What’s right for the company and its employees

To keep it exciting we got strong inbound interest by others who wanted to invest and grow Citrus independently.

Perspective from trusted people helps when you are making these decisions so we brought in Loney Antony, founder at Prizm Payments, to have a drink with us at the same Hyatt where he had introduced us 5 years back. It was awesome to see tribal knowledge pass from one founder to another that night.

It was intriguing to watch the founders mindset going through this important decision to sell or continue building. Clearly there is no one right answer and eventually everyone has to decide for themselves – my one learning is to find a way in the process to separate the self motivations from what’s right for the company. Given you are the custodian of the company you have to find a way to be objective despite your own internal pulls and pushes.

I remember my one debate with the founders who were urging Sequoia to invest more $ which in turn would help give them more conviction to keep going. Is that the right question to ask? Is that the right reason to keep building or is that a sign to read deeper into? We debated about being pragmatic versus too purist.

Who knows whether it was the right decision to sell … but I do know it was a collective decision because of the trust we enjoy which ensured that individual agendas did not get in the way.

The last word in this story – as in most good stories - has to belong to the ‘unsung heroes’. The spouses that silently endured the crazy work schedules that meant no weekends, no holidays for so long. The kids who endured dad’s travel which meant they went for important squash competitions alone. The Citrus team that endured the all-nighters and 1 am customer crisis calls … to everybody who has helped this company in their own little way and has gone unrecognized. This happy day is a recognition of all that you have sacrificed during this crazy journey. Thank you. 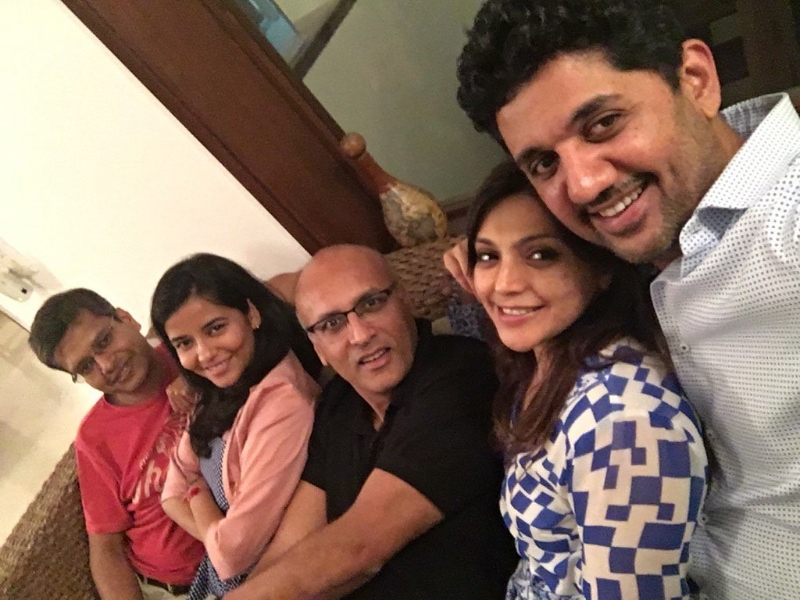