From Boston to Series B: Funding Societies ramps up digital financing for Southeast Asian SMEs

Imagine attending one of the most prestigious universities in the world. Lots of books, classes, and exams. Then imagine combining this workload with setting up a real business 13 time zones and 10,000 miles away. That is exactly what Kelvin Teo and Reynold Wijaya did while at Harvard Business School in Boston. Working late hours, they launched a P2P lending platform all the way back in Singapore: recruiting an 8-person team over Skype, securing lenders on the platform, and disbursing over $600,000 to underserved SMEs. All within three months.

Fast forward two years, and their company Funding Societies just announced a $25M Series B, cementing its position as the leading Digital Financing Platform for SMEs in Southeast Asia. Coming in only 18 months after Sequoia India led their Series A, this round is a milestone that offers a great opportunity to reflect on the initial days of the company and the journey so far.

Rewind back to September 2015, when we first heard rumors about two Southeast Asian graduate students at Harvard who were doing something special. We reached out to Kelvin, who is originally from Malaysia, and Reynold, who's from Indonesia. It was Rey who explained the challenges his family had faced getting loans for his family business in Indonesia, and how that was representative for the 'lending gap' for SMEs across Southeast Asia. They explained what they had built and we couldn't help but be very impressed by the traction they had demonstrated. As we usually avoid investing in 'part-time founders', we stayed in touch and continued to build the relationship.

About six months later, in May 2016 - the month that they graduated from Harvard - we gave them a Term Sheet for Sequoia India to lead the Series A. By that time, we had gotten to know Kelvin and Rey a lot better. They had impressed us with their intellectual curiosity and desire to learn the ropes quickly. At Harvard, they studied everything they could lay their hands on relating to peer-to-peer lending, they spoke with professors, found the best advisors, and even traveled across US and Asia between classes to learn from the best companies there. In their execution, they combined a desire to expand and grow quickly, with a smart, prudent approach to building the business.

In the months that followed the term sheet, we helped them set up the right structure in Singapore and Indonesia. During that period of Due Diligence, new regulations for the nascent sector were announced in Singapore that severely impacted 90% of the business. The founders once again showed to be prudent and prescient. They moved quickly to halt the part of their business affected by the new regulation, restructured the business into balance-sheet lending with institutional credit, and applied for the new license quickly. It was a tough time, but our conviction didn't waver and we stood by their side, working through the situation together. In August that year, the $7.0M Series A investment closed.

The founders expected us, at this point, to push for hyper-growth. We didn't. Everyone wants money, so growing a lending business is easy. Growing it in a sustainable way is anything but. We urged them to not focus on growth, but concentrate instead on the fundamentals of the business: data, technology, product, risk management, and the quality of the book. The company took this suggestion extremely well and executed across all these areas, all while growing the business 4.5x in 2017.

As a result of their strong performance, Funding Societies - which is called Modalku in Indonesia - started to emerge as the leading Digital Financing Platform for SME's in Southeast Asia. With operations in Singapore, Indonesia and Malaysia and multiple financing products, they received significant inbound interest from investors, who all saw the size of the market opportunity and the quality of execution and growth driven by Kelvin, Rey, and their teams. This ultimately led to Softbank Korea coming in as the lead investor for this $25M Series B round, with participation from Sequoia India and other investors.

Sequoia India is fortunate to be early investors in Funding Societies. It has been wonderful to have the opportunity to work closely with founders Kelvin and Rey, and to see them grow as founders, while executing on their vision with passion, focus and drive. Now, we welcome Softbank Korea to the Board and look forward to continuing to support the team in building a great business. The opportunities are immense, and it is only Day 1… 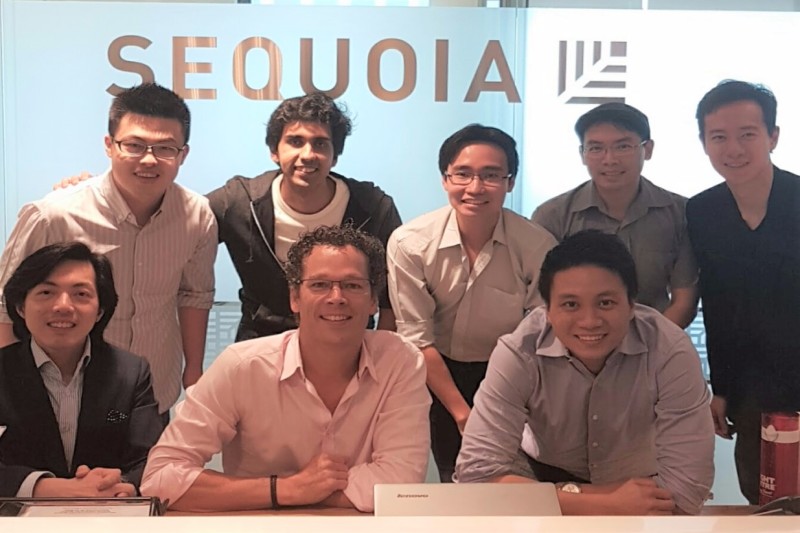