Tech and the Art of Self-Disruption

Byju Raveendran, a charismatic teacher turned entrepreneur, was at a cross roads with his tutoring business in 2015. With Sequoia India backing him, he was looking to break out of his linear growth model to deliver faster on his vision of democratizing access to high quality K-12 education.

Byju had grown to fame delivering high impact lectures in an engaging way that made difficult concepts easy to understand. He and a core group of half-dozen teachers first filled classrooms, then auditoriums, and later, stadiums. He began livestreaming lessons over VSAT to tuition centres all over India. VSAT helped drive distribution, but it could only amp reach up so far. Byju knew that to really scale he’d have to risk it all, reinvent his product, and go fully digital. In August 2015, he launched Byju’s - The Learning App. Today, it’s the largest learning app in India, with over 600,000 paid consumers and more than 11 million downloads. 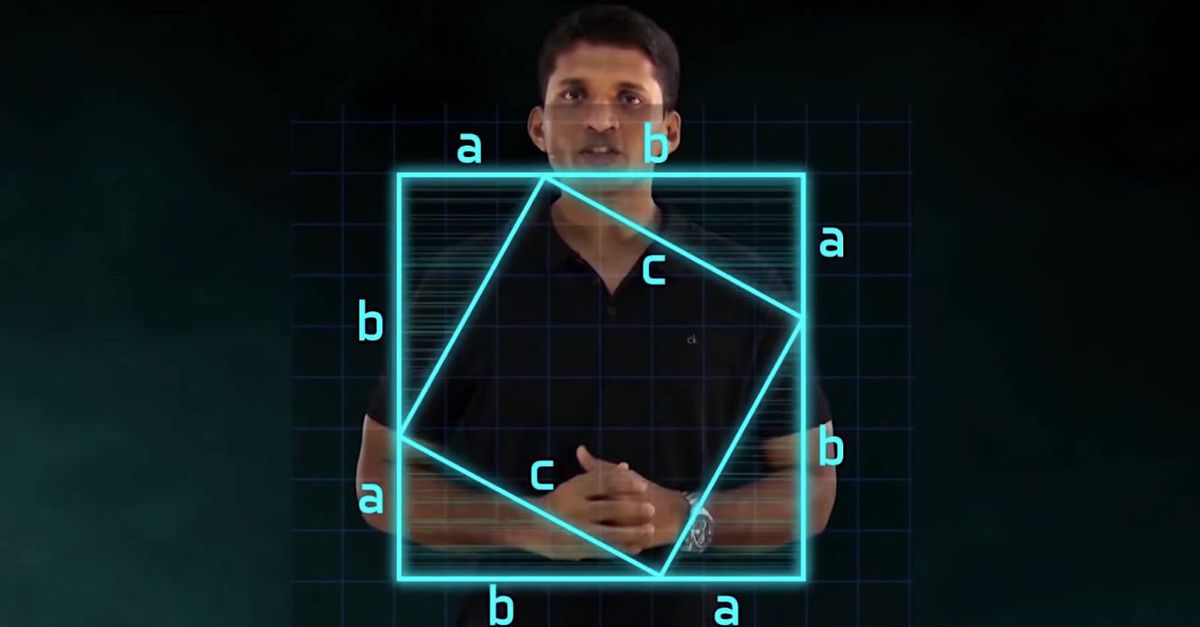 It’s a road less travelled for many brick and mortar CEOs, who typically see technology as a tool to reduce costs and drive efficiency – not as the means to disrupt their own business model. But a growing number of nimble companies across India are starting to make that leap. For dynamic entrepreneurs like Byju, it’s a smart offensive play to break the shackles and chart a new course for growth. For incumbent consumer companies, it’s a necessary defensive move in an era where technology is blowing apart ‘Economic moats’ that have historically protected market leaders. By adopting a learning mindset, with a touch of paranoia, traditional companies can equip themselves to stay ahead of the disruption curve.

Economic moats and the art of self-disruption

The taxi industry did not predict the disruptive power of smart phones. It was not that they weren’t using smart phone tech; one global transport company created a mobile app to eliminate paper receipts for their corporate customers. But they failed to see the disruption from sharing economy models like Uber that smart phones would enable. Nor is it easy to see that autonomous cars could obviate the auto insurance industry one day.

To predict if, when and how technology might disrupt your sector, take a closer look at the economic moats that have traditionally sheltered the leaders of your industry.

Economic moats, a phrase coined by Warren Buffet, refers to how businesses build long-term value by creating a competitive advantage that allows them to protect their profit pools. A typical economic moat for a steel plant, for example, is the economy of scale that comes from significant capital investment in factories. For a consumer business, the typical moats are brand and distribution. For financial services companies, like banks or NBFCs, the moats are access to low cost capital, unique credit appraisal algorithms and low-cost distribution.

Technological advancements are poised to blow up many traditional moats. The emergence of 3D printing has dramatic implications for the manufacturing industry, which historically has been designed to produce a few products at scale. As consumers seek variety and customization, technologies that aide economies of scope may triumph existing systems designed for economies of scale.

The rise of ecommerce and B2C platforms is eroding the distribution moat that’s long protected consumer companies and is giving rise to some new-age brands. Unilever’s $1 billion acquisition of Dollar Shave Club s an acknowledgement of this trend. Digital platforms are making it easy for consumer brands to launch and scale. Today a boutique fashion label can list on one of India’s ecommerce platforms, promote themselves on Facebook, Instagram and Google and build a loyal audience across the country.

Erosion can come from innovation that seems two steps away. Consider how the rise of smart phones, which in turn gave birth to app-based services, has chipped away at moats linked to asset ownership by making discovery and distribution easier: the largest hospitality company (Airbnb) owns no hotels and the largest taxi company (Uber) owns no taxis.

Disrupting yourself and your moat is no easy task. Byju had to let go of his core product – lessons delivered live, in his trademark style – and create digital content to replicate the engagement and sizzle of his classroom delivery. But once the app was nailed down, Byju could woo consumers en masse from traditional tutoring companies who are limited by their geographical reach.

Keeping pace with your consumers

The other way tech will disrupt your sector is through its impact on consumer behaviour. Take for example the impact of cheap storage on the printer market. Cheap and unlimited cloud storage is prompting consumers to store more but print less, leading to a contraction of home printer market in the US. Ditto for photographs: we are all taking hundreds more with our smart phones, but print virtually none. The failure of Kodak to adapt to the digital camera market is a familiar case study in every business school.

Consumer companies need to be paranoid about tracking changes in consumer habits, and course-correct accordingly.

When Jaydeep Barman, founder of quick-service restaurant chain Faasos, saw a significant trend of urban Indian consumers ordering food online, he went back to the drawing board.

Jaydeep had spent 10 years growing his restaurant chain, which offered limited seating but focussed on takeaway and delivery. By 2013, the sector was at an inflection point: physical stores were proving a pricey barrier to continued expansion, and online restaurant aggregator platforms, like Zomato and Food Panda, were flourishing. Jaydeep began tracking and analysing consumer data with a fresh eye. In 2014, he decided to shut down his restaurants entirely and focus solely on delivery.

He fortified his web presence, launched a consumer app and moved to a cloud kitchen model, setting up non-consumer facing kitchens that produce food for multiple in-house brands. The model allowed him to leverage common ordering, infrastructure, supply chain and staffing pool. He started off with two brands - his original Faasos wraps and Behrouz Biryani. Recently, he launched two more: Oven Story, a pizza brand, and Firangi Bake, which features Mexican and Italian-inspired dishes. Jaydeep timed this shift to digital perfectly to allow him to scale his business with minimal friction and with great economics.

Technology is not only changing how consumers behave, but also throws up new opportunities to understand and engage with them. As people spend more time on social media and online platforms to research, communicate and buy, they leave digital fingerprints that are pure gold to a marketer. Google understands consumer intent because consumers search for what they want. Amazon knows your browsing history, which products you compared and how to personalize your online experience to increase sales conversion. Offline companies need a catch-up strategy in the race for consumer data – both capturing and making sense of it.

Technology-led companies are doing more than just blowing up your industry’s moat. They are doing so with some “unfair” advantages.

The first is access to capital, especially for market leaders. Flipkart has reportedly raised $7 billion, Ola $2 billion, and Oyo Rooms raised $400 million in venture funding. Try raising that much as a retail company, taxi company or a hospitality start-up. The promise of non-linear growth and market leadership allows tech-first companies to outcompete brick and mortar players on capital.

Technology companies also have access to higher quality tech talent. Hiring a rock-star tech team is hard, if not impossible, for traditional companies in their attempt to catch-up. Innovative engineers want to solve hard problems in fast-paced ‘cool’ companies. It’s a breed that would find it hard to fit into a low-metabolism offline organization.

What’s more, technology companies are typically led by a young 20- and 30-something entrepreneurs who are typically outsiders to the industry. They are not afraid to think different and think big, and make exponentials leaps versus incremental change. Oyo Rooms, for example, was the first to ask why hotels cannot offer frictionless check-ins using digital locks, or why there isn’t a 24-hour check-in policy, throwing the industry practice of the noon check-in on its head.

Traditional consumer companies need to anticipate and prepare for these challenges and be willing to change. As Intel founder Andrew Grove writes in his book, Only the paranoid Survive, “The greatest danger is standing still”.

How should incumbents respond?

There are five things that incumbents in the offline world can do to arm themselves against the threats from tech companies, and take advantage of the shifting sands.

Be paranoid: Keep tracking the market changes closely to see who could disrupt your company, and don’t be in denial. Several large companies have created accelerators to remain close to the innovators in their markets and to pro-actively track and stay ahead of the disruption curve. For example, Target, the US retailer has an active accelerator program and so does Unilever, the CPG giant, which uses its Unilever Foundry program to remain connected to start-ups. These companies want to understand how young industry outsiders could attack the sector’s economic moats before it impacts their business.

Understand your advantage: Combine the advantages you have so far - brand, distribution, low cost, and a deep understanding of the markets – and explore which technologies or platforms you need to adopt to future-proof your own business. One option is to bring the disruptors on board and close to you. Bajaj Finserv, a large NBFC, has made strategic investments in companies with potential to disrupt their business through better distribution or data access. The pairings are far from one way. Bajaj understands that while upstart tech businesses can drive innovation, young tech entrepreneurs are often trying to solve the wrong business problems. Your market knowledge is an advantage when you’re courting innovators.

Attract young outsiders to your team: Future belongs to the young who dare to question status-quo. Attract talent from outside your industry. When Jaydeep was looking to transition his business, he hired six young and hungry professionals who became “entrepreneurs in residence” and drove key parts of the business with fresh ideas and tremendous energy. This helped the company break out of from the “this is how it is done here” syndrome and drove innovation across the company.

Overinvest in capturing data: Traditional consumer incumbents do have a powerful advantage over new players: the long history with their customers. Aggressively digitize your old data, and invest in platforms to track your customers and prospects. A company with years of working history has a trove of data. Mine those into insights and work at making your value proposition 1% better each day.

Adopt a learning mindset: Advocate digital transformation as a key priority for the organization, and as a business leader, expose yourself to new technologies. I’m not suggesting you learn to code (although some entrepreneurs we know have done that– and that too in their 40s), but engage deep enough to understand both the potential and how it works. Both Byju and Jaydeep built their business as classic brick & mortars. Neither had a technology background. Yet both transformed their businesses by adopting a learning mindset, and became technology-first in their approach.