The tipping point for Indian fintech

This is India’s fintech moment. Over the past three years, bold moves mde by the public and private sector have converged to create an unprecedented opportunity for ambitious fintech startups to launch new products, create new categories and build innovative global brands.

This is India’s fintech moment. Over the past three years, bold moves made by India’s public and private sector to drive financial and digital inclusion have converged to create an unprecedented opportunity for ambitious fintech startups to launch new products, create new categories and build innovative global brands. 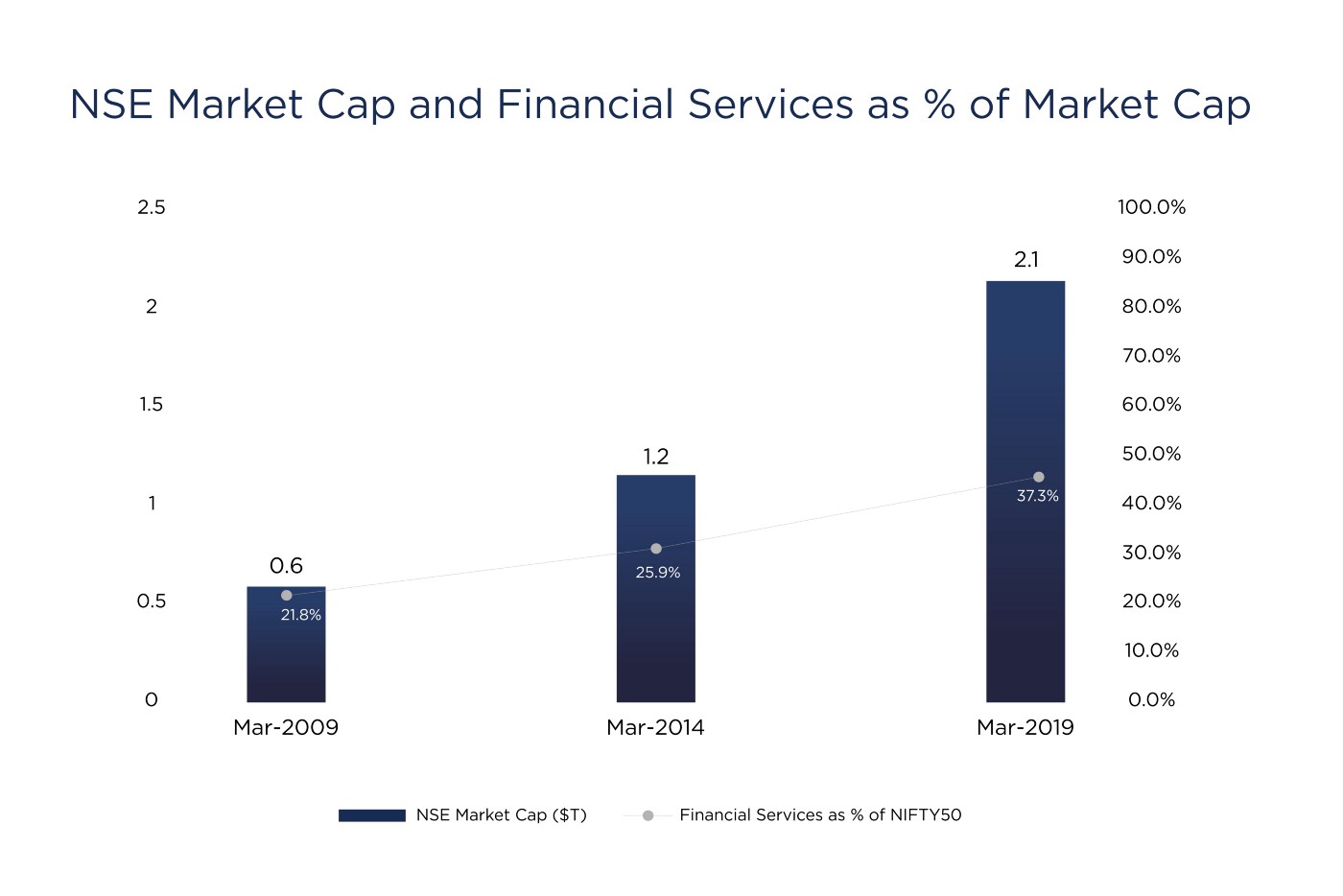 This already attractive segment is undergoing a revolution because of massive ‘Made in India’ tailwinds including the Jio effect, which has brought millions online; the rollout of UPI, which has revolutionized mobile payments; the introduction of GST, which has led to increased formalization of the economy; and innovative policies like the Aadhar scheme and the NBFC Account Aggregator, which together are reducing cost of KYC and customer onboarding. 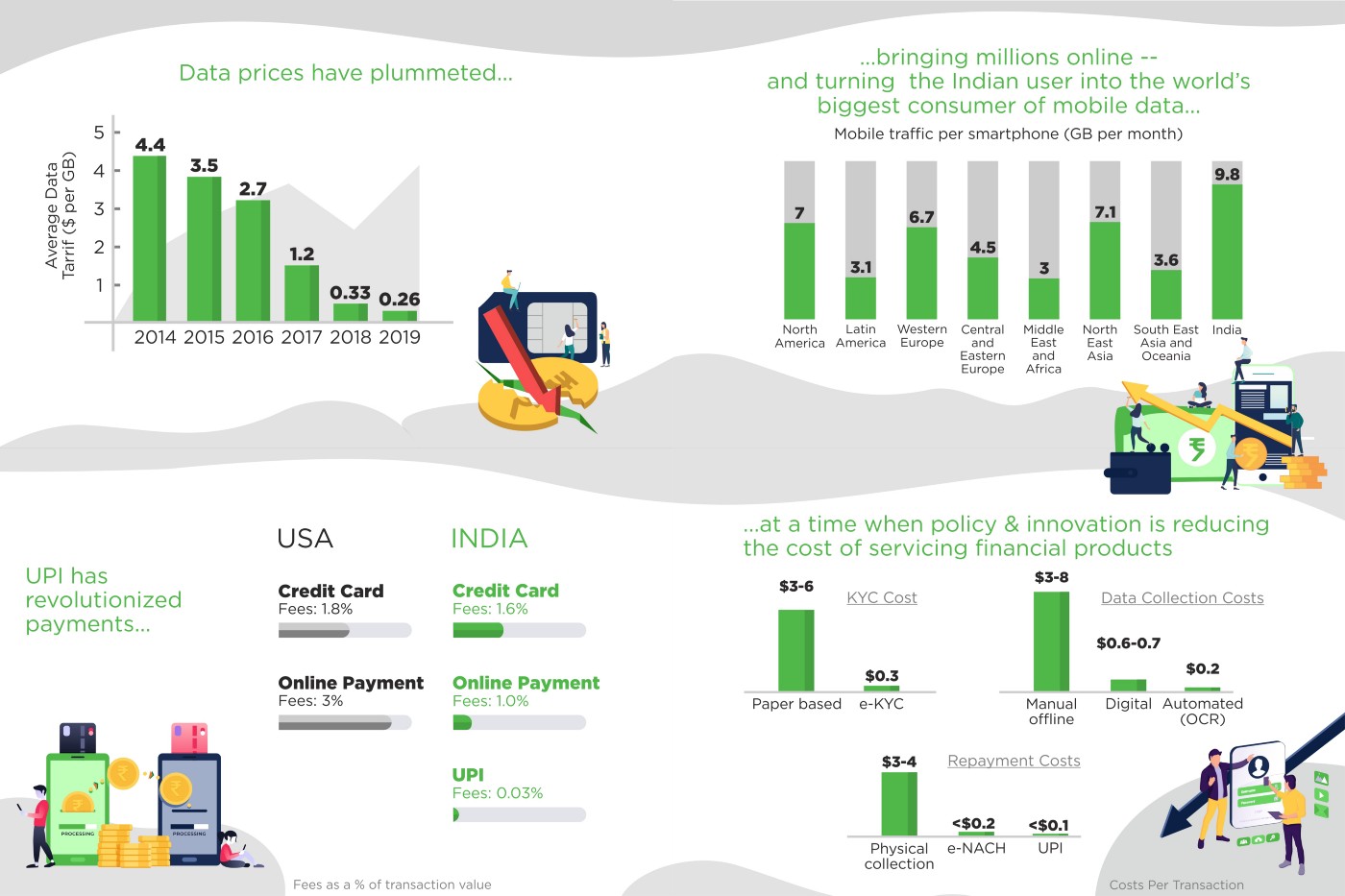 This confluence of events has made it easier and cheaper to reach a rapidly growing mobile-first consumer and enterprise market that’s hungry for financial services, giving rise to a wave of new products and innovative business models.

Let’s start with the bank account itself. For decades, having a branch network was the primary determinant of a bank’s ability to attract deposits and service savings and current accounts. Over the past few years, this has completely changed. Many people have not visited a bank branch in years. Even for traditional banks, the penetration of mobile banking has changed the way consumers interact with their bank.

The graphic below illustrates this change for HDFC’s retail customers.

This has enabled companies like NiYO, Open and many other neo-banking startups to transform the savings/current account itself. NiYO, for instance, provides digital salary banking accounts (in partnership with a bank) for blue-collar workers. The costs of KYC and branch-based customer service prohibited traditional banks from servicing these customers well. A typical bank would allocate $40–50 of annual costs on each account, rendering small value accounts unprofitable.

With cheaper KYC and a ‘card only bank account’ solution, NiYo is able to service the blue-collar segment profitably. Open, similarly, targets the current account needs of small businesses, which often struggle to get the attention of mainstream banks.

Similarly, consider investment management. Investment products such as mutual funds and stocks were traditionally sold offline through financial advisors, who were mis-incentivized to sell high commission products. Groww is taking a refreshing approach with a zero-commission mobile first model, enabling investors to make their own investment choices through a slick and easy user interface. Likewise, Zerodha has built a superior flat-fee brokerage product in a market largely served by clunky and expensive brokerage products.

The tailwinds described above are not only giving rise to new products and models — they’re driving rapid expansion of the TAM (total addressable market) itself.

Consider supply chain finance. Banks and NBFCs have long offered bill factoring, a type of financing which allows companies to sell invoices to generate working capital. However, the cost structure of traditional banks made it difficult for them to discount invoices <$100k. KredX tackled this with a technology-led invoice discounting platform that takes on smaller invoices, and funds them through a marketplace, thereby serving smaller invoices and vendors and expanding the TAM of upstream supply chain finance.

Consumer to merchant payments has also seen similar low-cost driven market expansion. A PoS device, which typically costs around >$100 to install, was only suited for retail outlets with sizeable payment volume to justify ROI. A UPI QR code, in comparison, costs < $0.2 to install and can be deployed at the smallest of stores. Companies like PayTM, Bharatpe, PhonePe and Google Pay have led this march and brought millions of small merchants onto the digital payments bandwagon.

The financial services industry has traditionally been country-specific. The leading banks of India, Indonesia, Thailand and Vietnam are all different from each other. Local regulation has played a big part in keeping finance industries local. This is now changing. A number of Indian fintech companies are leveraging their learnings from the domestic market to refine their products and go global.

Unlike in the past, customer preferences today are increasingly similar around the world and products that are developed and refined in Bangalore work equally well in Ho Chi Minh or Jakarta. For instance, Happay, a corporate card and expense management platform, has signed banking partnerships to launch their product in several international countries. Drip Capital is financing many corridors of international trade beyond India.

In international markets, these companies partner with and leverage the licenses of existing financial institutions and provide their services to consumers and enterprises as a tech layer on top, hence navigating local regulations. Increasingly, young fintech startups from India are considering expanding to international markets soon after seeing some initial success in India. Multi-country leadership can potentially create massive fintech companies.

After partnering with over 30 fintech and financial services startups in India, we at Sequoia Capital India couldn’t be more excited about the scale, speed and potential of this sector. And we look forward to partnering with many more ambitious Indian fintech founders.

This column was originally published on Medium.