Opportunity in Optimism - Takeouts from Time Out 2017

When we gather the founders we work with together, magic happens.
Last Friday, 65 entrepreneurs from our portfolio came together for Time Out, Sequoia India’s annual consumer, healthcare & financial services summit in Mumbai, to exchange insights, debate issues and inspire one another.

The theme for the day was “Opportunity in Optimism”, which sparked some surprising conversations on how health, happiness and a positive mindset can serve up many opportunities - and also help you navigate the challenges that lie ahead. It also sparked discussions on how corporate culture, and the way we engage and treat customers, can make or break a business.

Demonetization and the launch of the GST delivered a few hard knocks to the economy this year – but there are plenty of green shoots in the Q4 data that bode well. We kicked things off with a live poll of founders in the room, and they echoed that sentiment: 31% expect their revenue to grow by 30% to 50% in 2018, while 21% expect 50% to 100% growth, and another 21% anticipate 100% or more. The vast majority - 71% - believe India’s new GST will help their company’s growth in the medium term; and 92% feel more optimistic about India’s economy than they did five years ago.

Positivity is key in a fast-changing world. My colleague VT Bharadwaj, who’s known among founders and in the firm for his upbeat attitude, shared a bit of his philosophy in the keynote. VT’s main takeaway: Optimism, when paired with purpose and intent, is a powerful tool to steer us through both good and tough times. He summed it up nicely with this: “Optimism blesses us with an outlook and disposition that sees a setback as transient, and therefore converts a setback into a challenge - and a challenge into a problem to be solved.”

The challenge of attracting talent was another thread than ran through the day. My colleague GV Ravishankar pointed out that top young talent in India tend to gravitate towards tech companies, which poses a challenge to other sectors. He shared a creative approach taken by Faasos, a cloud kitchen we work with, which attracted an A-team of MBA holders with an “Entrepreneur in Residence” program that offered a fast-track into management roles. 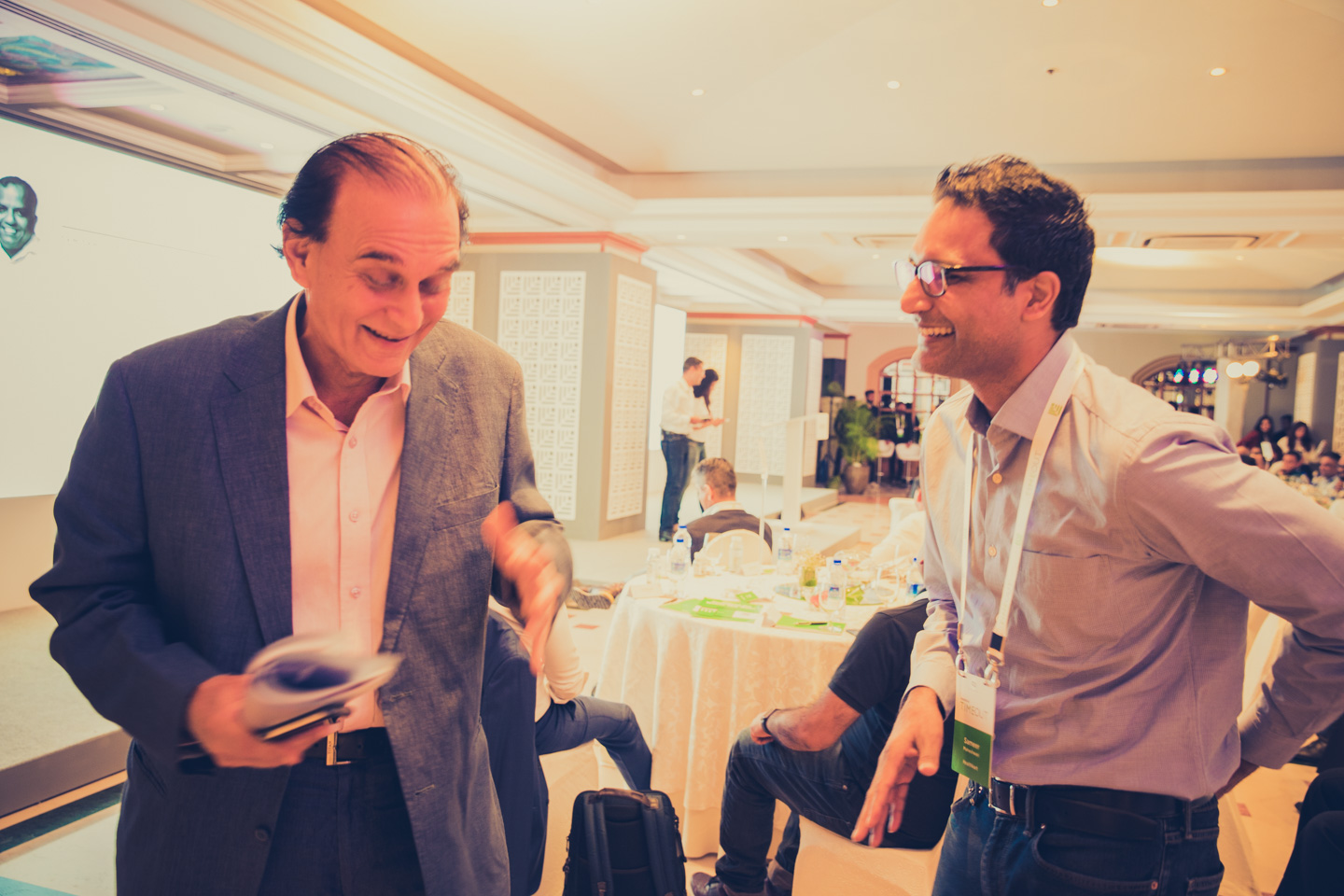 Building a strong corporate culture is also key to attracting top talent. Indian business icon Harish Mariwala, who set out over 25 years ago to transform his family enterprise into one of the country’s leading consumer products companies, shared how he recruited a team of 30 seasoned managers to professionalize the company, then embarked on a culture building exercise. Harish made sure to draw each of those managers into the process of defining the company’s values and culture, to ensure buy-in. “Building a culture isn’t easy. It takes three to five years, and has to be clearly driven from the top,” he said. “And it’s critical to involve your team.” He also spoke about how innovation is often a result of series of conversations in an organization and “doesn’t always happen in a lab”.

Britannia MD Varun Berry, who has moved the dial at this storied, 100-year old company by moving its product portfolio up the value chain, echoed Harish’s people-first approach. “Investing in people is the most important thing you can do. You need to genuinely care about them, and it has to show.”

We heard that same thinking, about customer love, from both our portfolio and guest speakers. Ankur Jain, co-founder of Bira91, India’s first craft beer, advised: “Treat customers as a close friend - treat them as a smart.” For Bira91, which can’t advertise in print, radio or TV due to regulations on advertising alcohol in India, building close bonds with consumers, through events, on-premise presence and digital marketing, has proven key. 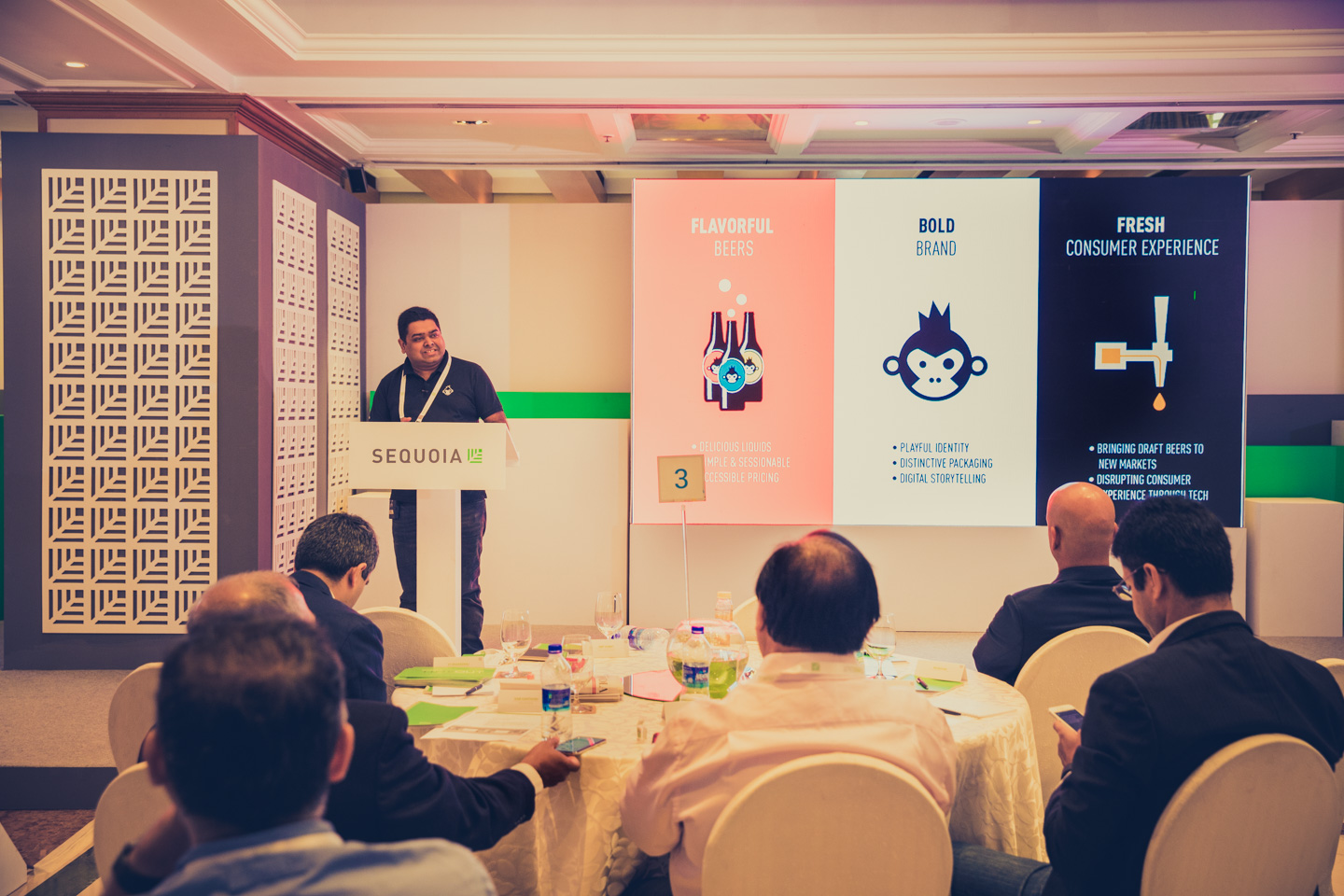 Kapil Chopra, President of the Oberoi Group – which is known globally for service excellence – joined us to share his experience in delighting customers. Kapil’s staff directive about making customers happy - “do whatever it takes, as long as it’s ethical, moral and legal” – was probably one of the most tweeted quotes of the day.

We also took a frank look at the risks ahead for founder in these sectors, too. In his talk on optimism, VT pointed out that US survey data shows a tension in the startup world: 80% of founders think they will succeed, even though only 35% survive more than five years. He encouraged the group to stay optimistic, but stay grounded, too. GV, meanwhile, talked about opportunity, and risks, in disruption. Many consumer companies see technology as a tool to improve processes, but often don’t fully anticipate the disruption that tech can rain down on their industries. By staying paranoid, leveraging data, advocating digital transformation and attracting fresh talent, consumers companies can stay ahead of the disruption curve.

Friday was also a time to toast several key milestones, as a community. We celebrated the successful IPO of Prataap Snacks, which went public in October. We also shared cake and applause with Finova Capital’s Mohit & Sunita Sahney, who spent their eighth wedding anniversary with us at Time Out.

What I enjoyed the most about the day was the interaction between the founders.

We had a game-show style “hot seat” that paired people up for a random Q&A and it was no holds barred. They asked each other questions about business challenges, shared stories about the struggle to balance family and work, and hilariously grilled the Sequoia team members who landed in the chair.

During breaks, I saw people exchanging cards, handshakes and even hugs. During dinner, I heard people making plans to catch up later to share insights and ideas. It’s those spontaneous connections, and the network effect, that makes days like this so special. 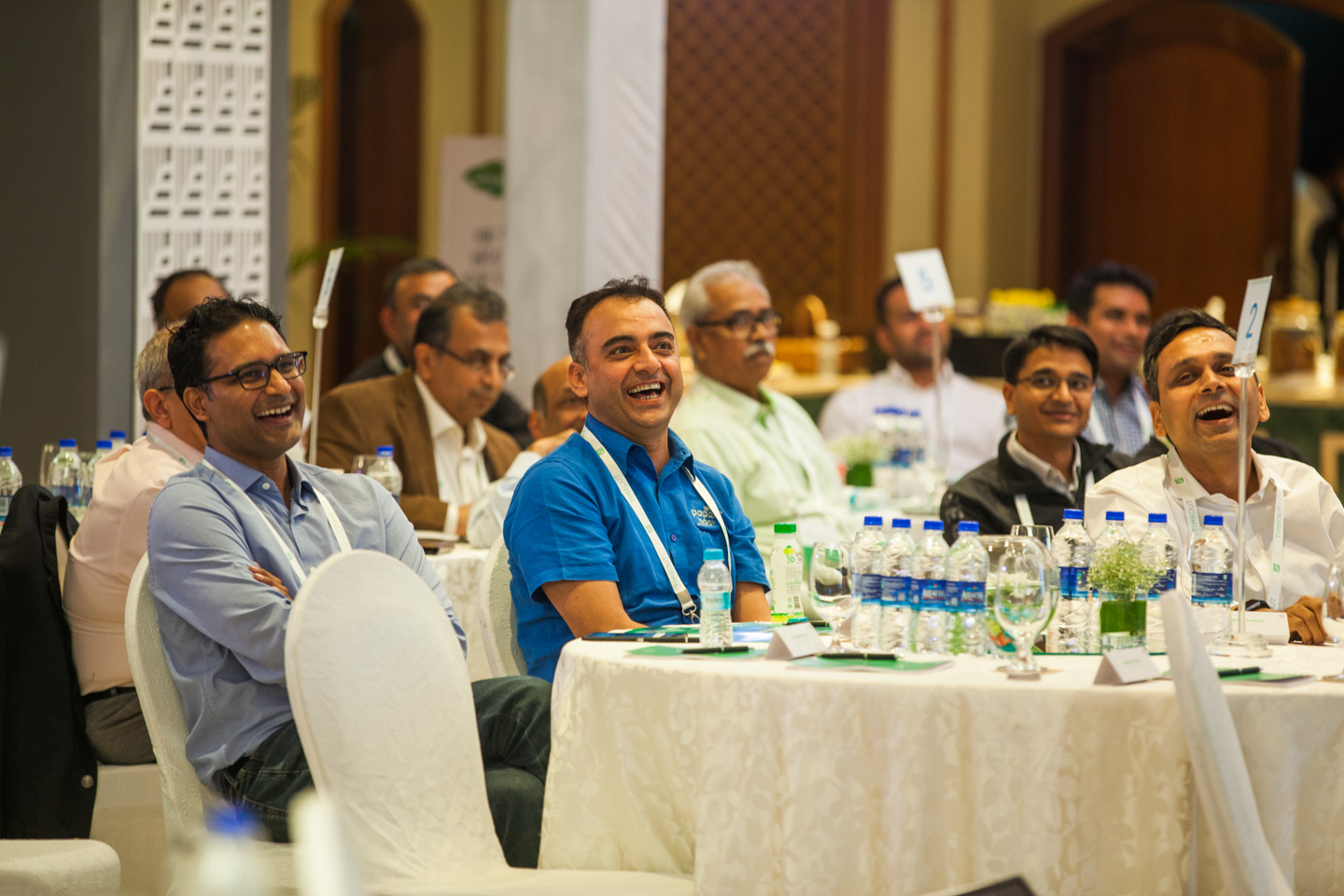