Loney Antony’s entrepreneurial journey was measured in long, hard yards. The 2008 financial crisis struck shortly after Sequoia India invested in his company, Prizm Payment Services, and he had to work twice as hard before the business began to hit the kind of scale we all knew it could achieve. And for every hard yard that Loney walked, so did his family.

At a celebratory dinner in 2014 held to mark the sale of Prizm to Hitachi, Loney’s wife Pushpa made a short speech that struck a deep chord with me. She congratulated the Prizm founders and the management team, then shared the unvarnished truth about the sacrifices made along the way: the long hours, the lost moments; how much their two sons had missed their father during their critical teenage years. She knew what her husband had set out to do, and supported him all the way. It was all worthwhile, she said, but it was also incredibly tough.

Her candour brought to the fore the invaluable role that the unsung heroes play in a successful founder journey - and underscored the continual challenge that founders face in finding time for their family.

The reality is that starting a company is a 24-7 affair. Work-life ‘balance’ is not a realistic goal for any entrepreneur. What many young founders are now talking about instead is work-life harmony. They’re focussing on the quality, and not just quantity, of time spent on key aspects of their lives – and finding a routine that helps them fulfil their vision of what they want to achieve as a partner, parent and entrepreneur.

Over the last few months we chatted with some founders on this topic. By sharing this post we want to encourage more folks in the eco-system to come forward and share their experiences. Meanwhile, here are some useful tips from both Sequoia founders and other entrepreneurs I’ve met on what they’re doing to ringfence their relationships and find that harmony.

Communication is probably the best defence against the stresses that startuphood will place on your home life.

I recently had a conversation with a group of founders at a gathering in Singapore, where Circles.Life co-founder Rameez Ansar shared some important advice:  overcommunicate with your spouse, and treat them as would your co-founder.

Rameez got married a few years after he launched his company. He concedes he wasn’t initially super communicative with his spouse, herself a busy financial professional, about what he was going through at work. He started to realize, however, it wasn’t going down well, and that better communication led to better understanding. It’s a challenge in many Asian cultures, he notes, where men sometimes feel they need to be pillars of strength and don’t want to appear vulnerable.

“My big learning is to treat your spouse as you would treat your cofounder, because they are, in a way, cofounders to your business. And how would you treat your cofounder? You’d be transparent, you’d make time to listen to them, you’d discuss your problems and you’ll find solutions to each problem as it comes up.”

Rameez recommends that couples read up on the risks and realities of the startup world before one of the pair embarks on founderhood. Statistics show that only a few startups succeed; and those that are successful typically takes five to 10 years to hit scale. Your partner should be fully aware of both facts, and completely on board. It’s going to be a long and often tumultuous journey; a startup’s growth curve is not linear.

Rameez, who was a seed investor before he started Circles.Life, observes that many couples fail to anticipate these realities. He recalls one situation where the founder’s wife stayed in a job she didn’t like, but paid well, so she could keep things afloat at home. She assumed that her husband’s startup would be ticking along after two years, and she’d be free to pursue her own passions. But as the years dragged on, emotional debt piled up and resentment set in. The startup eventually failed, and so did the marriage.

Couples need to discuss their finances, make tough decisions and if need be, reduce their expenses early on, Rameez observes. And don’t let your spouse chafe in a job they hate while you pursue your entrepreneurial dream. “It’s going to be a very long journey. Your spouse needs to feel happy and satisfied in what they’re doing, too.”

Likewise, it’s equally important to maintain open lines of communication with your kids.

Loney, for one, held a big family meeting before he left his role as MD of Euronet Worldwide Services India to launch Prizm to explain what he wanted to do and what it meant for them, as a family. His two sons, then 11 and 15, were at an age when they could understand the hurdles and challenges that Lonely described to them.

His youngest son had just three questions: would they have to move? Would they stay in Mumbai? And was he (Dad) going to get the same salary? “I could see what he was getting at. He wanted to know if his environment was going to change significantly,” he recalls. Loney told the boys that while they’d stay in Mumbai, they would be downsizing their home, and explained he’d have some pretty crazy hours for a number of years.

Preparation, Loney says, is at least half the battle. “You never know what’s going to happen in the markets, and your business. My tip would be to prepare your family well in advance. Let them know there will be some tough times ahead.”

That doesn’t always make it easy. The pressure on Pushpa was enormous, Loney recalls; she had to be both mother and father, in many respects, to their two boys. But having open, honest and realistic conversations - and acknowledging the sacrifices your family members are making - does go a long way. 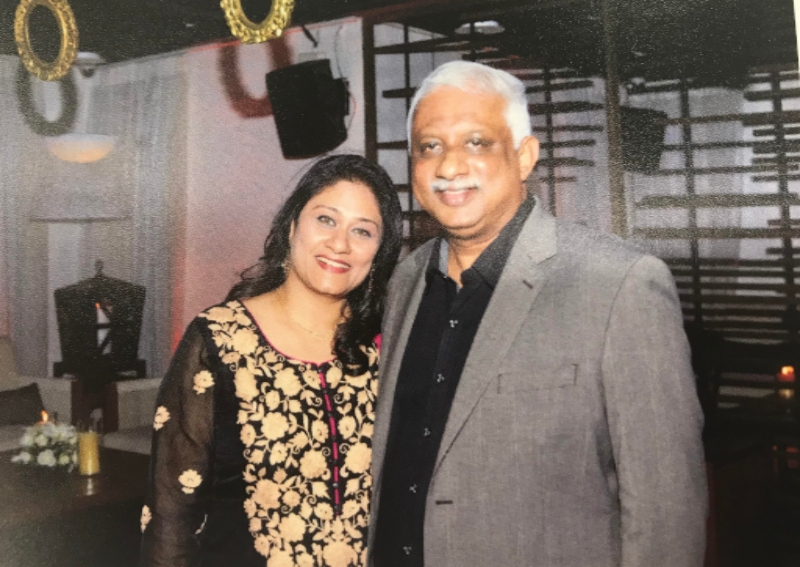 The hardest part of launching a startup while you’re starting a family is that you can’t be there for all the small moments, says Ankur Warikoo, cofounder & CEO of Nearbuy, formerly Groupon India.

Ankur found himself struggling to find time with his son, who was born the year he helped launched Groupon in 2011. He decided to start scheduling time in his calendar, the way he would for business meetings, and to take ownership for key parts of his son’s routine. Ankur gets his son up and ready for school; that hour they spend together has become a special part of both their days. He also handles his son’s bedtime routine on most weekdays, and takes him to his piano lessons every Saturday. Those specific slots are fixed, no matter how crazy the rest of the week becomes.

When Mobikwik moved into its current space in Gurgaon, Upasana was eight months pregnant: the couple chose an apartment, and later a preschool, within 1 km of the office so they could remain as high-touch as possible with their son. The couple coordinates their calendars so that one of them can do morning preschool drop off, and the other handle midday pickup. On a recent Friday, Upasana popped out of the office at 1215 to collect their two-year-old toddler from school, grabbed a quick lunch with him at home, and was back in the office by 1 pm.

Likewise, Rameez, At Circles.Life, schedules dinner each night with his wife. “Being a founder, you’re always in the office, always on the phone. I realized when we got married that it’s important to her that we have that time at dinner together.” So he started going to work earlier, at 6:30 or 7 am, to make sure he could make dinner at 8 pm. He typically continues working afterward. The hour or two they spend together each day at dinner, meanwhile, has become a pillar in their relationship.

One the cornerstones of work-life harmony is being present and engaged.

Upasana says she focuses on work while she’s at work – and tries not to spend time worrying about missed moments. And when she’s with her son, she strives to be fully in the moment, too.

That’s easier said than done. The pull of the smart phone is strong, especially for an ever-wired entrepreneur. Upasana says she switches her phone to silent, or sometimes even puts in another room, during evening play time. An hour of being truly present, she says, is better than an entire evening of distracted parenting.

“Even if I do something with him for 45 minutes, singing or playing or dancing, and he knows I’m not thinking about anything else, it makes all the difference. Kids are very perceptive. They know when you’re just not there.”

Recognise your workforce is dealing with the same challenges

Many founders tell me their growth as partners, and parents, have made them a better entrepreneur.

Upasana and Bipin say they’ve become much more disciplined and efficient with how they run the company, and manage their time. “I spend a lot of time away from my son, and from my perspective, each hour of that better be worthwhile,” she says. Meetings are more focussed, more structured and much shorter. They’ve shifted back the office hours, encouraging people to come in at 9 am instead of 10 am, a typical start time in the tech world, and to leave earlier, too. They’ve also encouraged their managers to become more outcomes driven, measuring staff by what they achieve instead of ‘face time’ spent at their desks.

In a recent email exchange on this subject, Ankur wrote a line that resonated with me: “Parenting, more than anything else, teaches patience and empathy. Both are supremely critical traits for success, as an entrepreneur.”