Making Sense of the App Economy 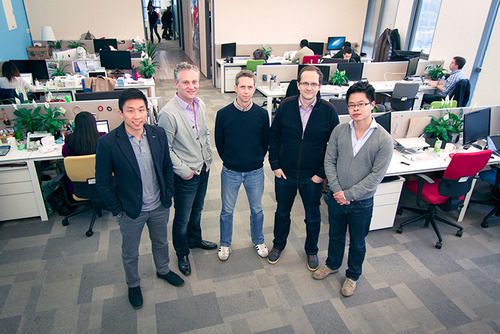 People are buying an ever-growing number of things through app stores, including music, games and productivity tools. This has given rise to a new digital economy that has emerged over the last several years with app stores at the epicenter.

There are whole companies that only sell through app stores and these days one would be hard pressed to find a large business that isn’t trying to reach customers that way, too. Airlines, banks, media companies and retailers all have their own mobile apps.

But it’s still hard getting any sort of meaningful information about how this new economy really works. App Annie is the first company we’ve found that offers meaningful market data and an analytics platform that allows people to see how mobile apps are faring. More than 300,000 apps are being tracked by their creators using App Annie, providing them with analytics on downloads, revenue, and rankings across several app stores. So far, the company has tracked over 25 billion downloads and $6 billion in app-store revenue. App Annie also synthesizes the data and uses statistical models to create extremely accurate estimates of revenues and downloads for apps that subscribers can use to do things like track competitors, identify fast-growing markets and figure out where to spend their advertising budgets. We’ve used App Annie for two and a half years to help research mobile companies. Many of the mobile developers we work with swear by App Annie, too.

We expect market intelligence and analytics for the app economy to become one of the most critical decision-making tools for businesses. In addition to their own apps, businesses are increasingly relying on apps built by others: retailers get business from shopping apps, restaurants from review apps, and so forth. And advertising in mobile apps is exploding.

Well-run companies need accurate information about all the apps and digital content in their ecosystem in order to make good business decisions. Given the rate at which people are embracing mobile, it will only become more important over time.

Bertrand and the rest of the team at App Annie had this vision from the get go.

App Annie started out as a tool a game developer used to track its own performance across app stores. Bertrand immediately saw the broad potential for such a service and helped spin App Annie off as a standalone company.

Thanks to their laser-like focus on the business problem companies have, the team has quickly turned App Annie into the industry’s gold standard. Their roadmap includes many exciting improvements that will enable mobile developers to better run their businesses going forward. We are only at the early days of the app economy and we are thrilled to be in business with the App Annie team.